Conversations with the visitors at the Information Centre of the Baha’i House of Worship, about the life and teachings of ‘Abdu’l-Bahá. 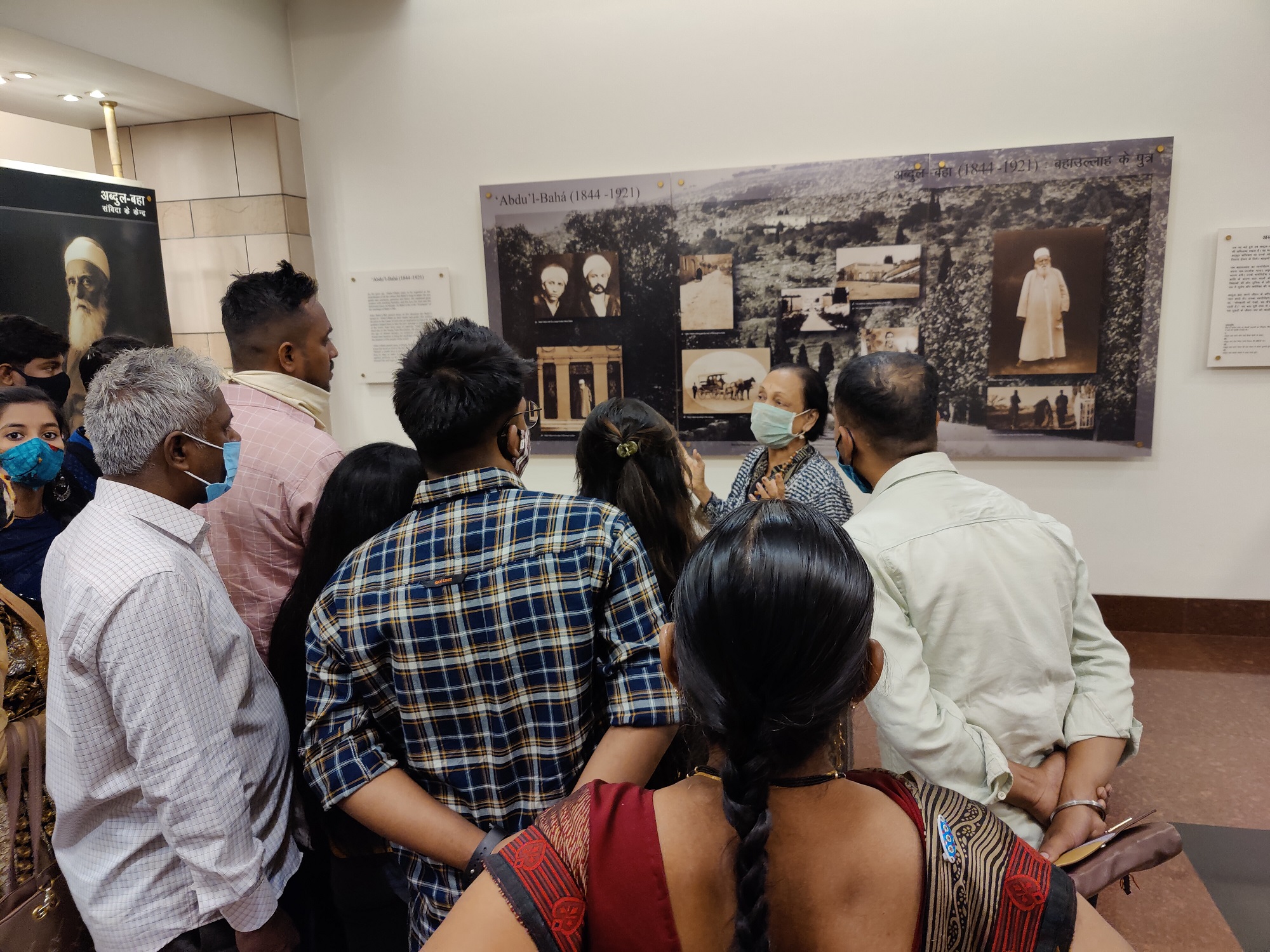 Following Bahá’u’lláh’s passing, ‘Abdu’l-Bahá’s extraordinary qualities of character, His knowledge and His service to humanity offered a vivid demonstration of Bahá’u’lláh’s teachings in action, and brought great prestige to the rapidly expanding community throughout the world.

In His Writings and during His travels, ‘Abdu’l-Bahá tirelessly proclaimed certain vital truths to leaders of thought as well as to countless groups and individuals. Among these truths were: “The independent search after truth, unfettered by superstition or tradition; the oneness of the entire human race, the pivotal principle and fundamental doctrine of the Faith; the basic unity of all religions; the condemnation of all forms of prejudice, whether religious, racial, class or national; the harmony which must exist between religion and science; the equality of men and women, the two wings on which the bird of humankind is able to soar; the introduction of compulsory education; the adoption of a universal auxiliary language; the abolition of the extremes of wealth and poverty; the institution of a world tribunal for the adjudication of disputes between nations; the exaltation of work, performed in the spirit of service, to the rank of worship; the glorification of justice as the ruling principle in human society, and of religion as a bulwark for the protection of all peoples and nations; and the establishment of a permanent and universal peace as the supreme goal of all mankind.”

On a guided tour of the House of Worship, visitors were engaged in various conversations where some glimpses of ‘Abdu’l-Bahá’s life were shared.